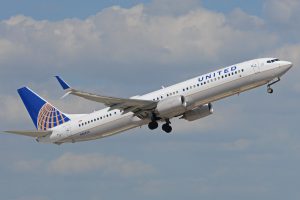 Chicago-based United Airlines on Saturday (August 24th) suspends all non-stop flights between Chicago and Hong Kong due to the current low demand for the flights when Hong Kong is experiencing a crisis of anti-government protests against an extradition bill passed by the government.

United did not hold the current crisis in Hong Kong as the main reason for today’s suspension of its flights across these two destinations but the airline cited that the yield of low revenues in the last couple of weeks was the main propeller for the suspension of its flights between Chicago and Hong Kong. The last United Airline flight from Chicago to Hong Kong would be on September 8th.

According to the Hong Kong government, the number of travelers flying to Hong Kong International Airport in the last three weeks (between August 1st and August 21st) fell by 11%, year on year, to 4.16 million visitors.

Australia’s flag carrier Qantas has announced that it would cut its flight capacity to Hong Kong by 7%, beginning in September Qantas will only fly smaller planes to Hong Kong due to the current low demand in Hong Kong.

The Cathay Pacific Group had earlier warned of a significant decline in its revenues starting August due to the ongoing protests in Hong Kong that began sometime in March this year, the airline has direct flights to Hong Kong from Chicago.