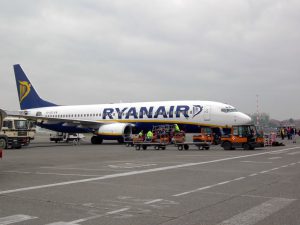 The Irish based airline Ryanair is in the news for a possible disruption of its flights flying in and out of the airports in the UK due to a 48-hour strike by the airline’s pilots which starts today (August 22nd ). The reason for the strike is supposed to be a dispute over the working conditions of the pilots despite asking for a pay hike.

On Wednesday (August 21st), the all-thrills and no-frills Irish carrier won the legal challenge to stop its Ireland-based pilots from striking but most of Ryanair’s pilots operate from the UK, where a court cleared the pilots to go ahead with today’s strike in the nation.

Meanwhile Ryanair has confirmed today morning that 97% of its flights flying in and out of the UK airports took off on time despite the UK pilots’ strike and also asserted that they have been able to rope in pilots from other places in Europe to counter the current deficit of pilots due to the temporary walkout staged by its pilots.

A Ryanair spokesman commented “Thanks to the great work and volunteerism of the vast majority of our UK based pilots, Ryanair now expects to operate its full schedule of flights to/from our UK airports. We do not expect significant disruption on Thursday or Friday.”