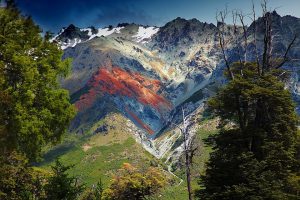 Patagonia is a tourist delight in Argentina famous for picturesque views of surrounding mountains and serene lakes. Patagonia is a massive and a barren place mainly popular among tourists for hiking, rock climbing, horseback riding and mountaineering, in the heart of Patagonia lies a small mountain village, El Chalten that offers some of the best scenic hikes. Foreign tourists explore Patagonia during November to early March which is summer time in Southern Hemisphere.

US citizens holding a blue passport need not apply for a visa to get entry into Argentina for tourist visits, all that is required apart from having a passport is a flight ticket and a TSA document such as a valid US driver’s license to travel to Argentina, valid for stay up to 90 days. If you are flying out from the US to tour Patagonia, you will be landing in Buenos Aires, the capital city of Argentina at Buenos Aires Ministro Pistarini International Airport (EZE). We recommend you to choose Argentina’s flag carrier Aerolineas Argentinas for your flight because they have some of the best direct flight deals at lowest prices from the US. From Buenos Aires you can get to Rio Gallegos by either bus or plane, choose plane over bus to save at least 36 hours time and is more seamless.

Hitchhiking by car or truck is what most global tourists do to get around Patagonia, en route you can expect to see coastal treasures, ancient forests, glaciers and wildlife, be prepared to be equipped with proper hitchhiking gear such as tents, food and water so that you can use them accordingly if you don’t reach your next stop before nightfall. Most truck riders offer free rides to hitchhikers mainly for one reason they want to engage in a talk during the drive so that they don’t fall asleep. If you are lucky you might bump into an occasional Guanaco, a camelid native to South America during your hitchhike.

Below you will find a list of Patagonian delights that are worth experiencing.

Throughout Argentina you will find only one place-Puerto Madryn for getting glimpses of many whale species. The warm waters along Golfo Nuevo, Golfo San Jose and the coast line near Caleta Valdes are breeding zones for the main whale species- Southern Right Whale which can grow up to 20 meters, found during June to mid December. Take a standard whale tour while you are at Puerto Madryn to get the best whale experience of your life.

#Take a break at El Chalten for some outdoor adventures

Head to the heart of Patagonia, El Chalten to enjoy some outdoor fun activities like rock climbing, mountaineering, hiking and horse riding. During these outdoor activities you can get stunning views of the surrounding landscape and mountains. The one thing that you cannot miss while in El Chalten is taking a horse-ride in the pretty valley of Rio de Las Vueltas.

#Buy an entry to Palaeontology Museum

Take some time off to explore the Palaeontology Museum that showcases Dinosaur fossils which date back to some 40 million years ago , the museum also has full sized exhibits of life-sized dinosaurs. We recommend a guided tour in the museum to understand the significance of all the museum exhibits in detail, a standard guided tour will take at least three and a half hours to see the entire museum.

#Get on the Dinosaur route in Northwest Patagonia

The Dinosaur route in Northwest Patagonia boasts of having some of the world’s biggest dinosaur skeletons buried along the region’s red rock bad-lands. To date the biggest dinosaur that has ever roamed on this phase of earth can be found in Plaza Huincul in the bad-lands region. It is interesting to know that some discoveries made here have forced scientists to rethink about the established theories on dinosaurs.

Punta Tungo is our very best pick for watching Magellanic penguins and other birds such as king and rock cormorants and black oystercatchers.

Don’t miss exploring the Rock art of Cueva de las Manos also known as the cave of the hands, a UNESCO World Heritage site located in the province of Santa Cruz, famous for the imprints of hands on the walls of the cave.

#For a coastal experience go to Camarones

# Head to Camorones, Patagonia’s coastal village that is home to some of the best beaches in this region which are perfect for taking strolls along the coast line. Checkout the nearby attraction Cabo Dos Bahias nature reserve for a penguin-watch, the natural reserve is home to some 25000 penguins and its chicks.

Take a peek at Glacier Moreno at the popular Parque National Los Glaciares. Glacier Moreno is massive in size, measures 30 km in length, 5 km in width and 60 meters in height. El Calafate located 80 km east of the park is the starting point for you to reach the glacier, you will find a lot of tour operators working from here.

For exploring shipwrecks head to Madryn and the peninsula Valdes region of Patagonia which are known to be the best diving spots of Argentina. Indulge in scuba diving for getting the best under water view of the ship wrecks.