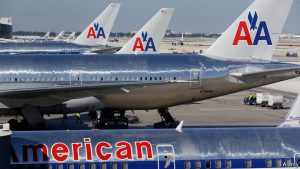 The Fort Worth-based carrier American Airlines is calling all its customers who have been affected by the recent travel disruptions to apologize and compensate with American Advantage Frequent Flyer miles to retain customer loyalty, reports cnbc.com.

American’s senior Vice President for customer service, Kerry Philipovitch confirmed this Tuesday (August 27th)  at an industry conference in Las Vegas and made an open statement in the media saying “Certainly we have disappointed people.”

The main reasons for the recent multiple travel disruptions are seasonal storms, the grounding of the Boeing 737 Max 8 planes by the nation’s FAA and a protracted labor dispute with its mechanics.

American wasn’t doing too well in terms of the on-time arrival rankings released in April this year by the Department of Transportation, the airline fell to 9th spot in April out of the 10 airlines considered for the rankings, a spot it held on to until June and later climbed to the  7th place in the rankings list.

American Airlines (AA) has been facing capacity constraints like its rivals Southwest and United Airlines due to the grounding of the Boeing 737 Max 8 planes by the regulators in mid-March following two deadly crashes involving the Max 8 model. The availability of fewer airplanes to accommodate travelers has resulted in more travelers getting bumped this summer when compared to last summer.

Kerry Philopovitch, the senior Vice President of American Airlines expects that the Max 8 planes which have been grounded since mid-march will resume their operations starting November during the Thanksgiving and Christmas travel period. However, there has been no news of confirmation by either the FAA or other aviation authorities in the world about when the temporary ban on the grounded Max 8 planes would be lifted.

AA’s stock this year is lagging behind its peers and closed at $24.45 Wednesday, the lowest since it merged with US Airways in Dec 2013, according to cnbc.com.