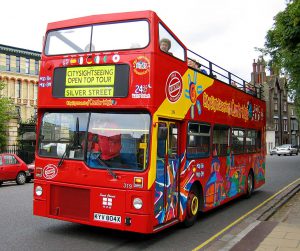 A hop-on-hop-off bus tour is one of the best ways of exploring a city, especially if you are a first-timer to the city and you have no idea about where the roads are leading you to. The hop-on-hop-off tour, HOHO tour as it is popularly called, is a new concept that has been gaining popularity among most globetrotters since the early 1990s when it was first introduced in London, today you will find numerous tour operators like Big Bus, City Sightseeing offering this popular service in most major cities of the world.

The hop-on-hop-off tour gives you the greatest cost advantage of climbing the bus on and off any number of times until the expiry of the validity of the purchased ticket, you only pay once for it and the frequency of finding a new bus for the next hop-on is anywhere between 5 to 25 minutes from the last hop-off.

Whether you are on a business trip or an extended leisure trip to a new destination, taking a hop-on hop-off bus tour can really help you explore the historic landmarks of the new city with very little planning and stress. A HOHO tour works out best if you are tied up to a busy schedule and you want to explore the new destination in just half day or maybe one single day, you only need to select the route you are interested in and you can personalize your tour by stopping at only those landmarks that interest you. So the bottom line is hop-on-hop-off tours can save you a lot of money, stress and time.

Most of the hop-on-hop-off buses operated by the tour operators across the globe are Double Decker buses, some with an open roof while some with a closed roof, selecting the right HOHO bus tour can greatly enhance your city tour experience. The good news for tourists is most of the HOHO tours come with extra value-added benefits like free entry to most of the city’s historic landmarks, museums, and even free boat cruises and amazing shopping deals! You only pay once for the all-inclusive ticket at the time of purchase.

While there are some tourists who like to get around a new destination independently on their own either by walk or by hiring a bike or a car, the hop-on-hop-off bus tours are doing pretty well and they have become hugely successful mainly for the cost advantage and the flexibility it offers to the busy travelers.

Another biggest advantage of taking a HOHO bus tour is it lets you familiarize with the streets of the new city or destination you are in, for instance, a destination like New York City with its maze of streets and skyscrapers can be very intimidating for first-timers to move around and getting disoriented in a huge city like NYC is the most likely thing that could happen to anyone. Taking just one ride on a hop-on-hop-off bus can help the tourists get acclimatized with the city.

Lastly no tour of a city is complete if there’s no guide to explain the significance of the landmarks that are being shown to the tourists, the hop-on-hop-off bus tour again scores over this point, all HOHO tours come loaded with automatic audio guides which throw  a lot of educational insight on the history, background, and other vital aspects about the various landmarks being toured.

Hop-on-hop-off tours are ideal for individuals as well as tourists who like to travel in groups and even better for romantic rides. During your tour you can get to make new friends with like-minded people on the bus and share your travel experiences and opinions about the city.

Having explained the significance of using a hop-on-hop-off bus tour, nothing should stop you from exploring your next getaway in this most preferred, modern and popular form of touring a new destination that offers so many advantages as opposed to traditional chauffeur-driven and walking tours.