In the past taking a vacation to Europe especially with family was a very expensive thing and was a dream come-true for most people. Now with access to many cheap airline carriers and bundle holiday packages that include both flight and hotel, the cost of taking a vacation to Europe with family has reduced drastically. This is a travel guide that will help you explore Europe in the best possible way with your family that includes both adults and children.

11 of the must-see places with your family when you are in Europe are Sweden, Denmark, Austria, The Netherlands, United Kingdom, Italy, France, Greece, Portugal, Spain and Germany. Except England all the other countries in the list are EU countries and so you can enjoy the convenience of one single currency and relaxed border crossings across these EU countries.

In the European continent, from the Nordic nations to the Mediterranean countries you can find cities with remnants of ancient civilizations. Sweden and Denmark are Nordic countries which follow Scandinavian customs and the interesting and unique thing about these two countries is the Swedish Smorgasbord buffets which is slightly different from the usual American buffets that most of us know.  Sweden is considered as one of the best places to visit in Europe with the kids.  The capital city of Sweden, Stockholm showcases many attractions. We suggest taking a look at Gamla Stan museum, Vasa Museum, Djurgarden Island, Skansen Open-air museum and the Royal Palace (Sveriges Kungahus) while in Stockholm. Denmark is one of best family holiday destinations in the world and mainly has theme parks, water parks, zoos and roller coaster rides for families to get amused. Most of these attractions are located in Copenhagen, the capital city of Denmark. Tivoli Gardens, Legoland, Copenhagen Zoo and Lalandia Billund are interesting sites to explore. 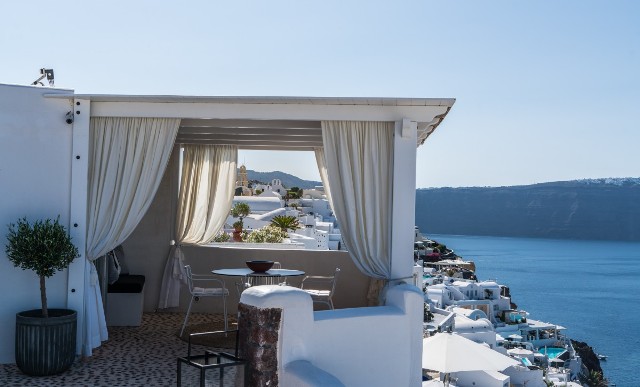 For a Liberian adventure you can visit Portugal and Spain with your family. While in Portugal don’t forget to visit the 500 year old Jeronimos monastery and the religious pilgrimage place, Lady of Fatima which is supposed to be a miraculous place. Your trip to Portugal is incomplete if you don’t eat the delectable Belem pastries. While in Spain see the hanging houses in Cuenca, eat delectable paella, drink the famous Sherry fortified white wine after your dinner which has origins from Spain, admire the cave dwellings at Guadix, visit the La Sagrada Familia in Barcelona  built By Antonio Gaudi,  ski in the Pyrenees Mountains and dance the flamenco in Madrid or Barcelona.

If you want to explore the remnants of ancient civilizations then we suggest you to see the Colosseum in Rome and the Acropolis in Athens for getting a feel of this. Both Italy and Greece have glorious beaches where you can relax. You can also go on an Island adventure in Greece which has close to 6000 of these beautiful Islands. To get a good experience of Italy, you need to check out these Italian landmarks like Leaning Tower of Pisa, Cinque Terre, Doge’s Palace, Mount Etna, Grand Canal and Lake Como.

France is popular for wine, art galleries and mediterranean beaches. While in France we suggest you to sight see the Grand Canyon of Gorges Du Verdon, ski the French Alps and explore the beaches near Saint-Tropez. Paris is popular for landmarks like Eiffel Tower, Louvre, Notre-Dame, the Musee d’Orsay and Luxembourg Gardens.

From the fashion perspective Paris, London and Rome are top global fashion capitals of Europe and fashion brands like Pierre Cardin, Yves Saint Laurent, Christian Dior, Rene Lacoste, Valentino, Fendi, Gucci have origins from here. So fashonistas be prepared to do your shopping at these places while you are in Europe.

The United Kingdom is home to Welsh, Irish, Scottish and British cultures across England that make it a country with rich cultural heritage. While in the United Kingdom you can sight-see the Tower of London, Windsor Castle, Buckingham Palace, Big Ben, and the rolling green hills which are surrounded by other Celtic landmarks.

While you are in Europe you can take a river cruise to get around Hungary, Germany, Austria and the Netherlands. There are many cruise operators on the waterways and we suggest Viking Cruise to be your choice for this river cruise as it is the best in this line. The main advantage of this river cruise is you don’t have to travel in crammed busses or trains to explore these places in Europe. Hungary, Germany and Austria are known for rich history, glorious music and castles. Vienna, the capital city of Austria is the center of music and culture with the oldest Ferris wheel in the world.

If you are looking for an extensive coverage of these popular destinations across Europe with your family in one visit then obviously you can’t do it at one time, you may have to explore Europe at least 3 to 4 times to really get that satisfying experience. The best way to get access to these landmarks is by taking a guided group bus tour which gives you the ease of convenience.

Spring is the second most expensive season to travel to Europe for foreign visitors. Mid-March to mid June is spring time in Europe and the air fares are usually lower than in summer but not quite as cheap as fall besides the weather is good and the parks are green and glooming.

Early September to early December is Fall season and this by far is considered to be  the best time to make a trip to Europe by most people because of the good weather and the air fares are low around this time.

Winters are very cold and deadly in Europe, so if you are looking for the cheapest air fares to Europe then early December to early March is the right time for you to travel because very few foreign visitors want to fly during cold winter months.